January 28, 2020 – Alpacas, rare in the United States until 35 years ago, are now found in almost every region of the country. Demand for products made of their silky fiber has increased, with some natural colors more desirable than others – including gray fleece, an especially popular color for use in clothing and highly prized by alpaca breeders.

Unfortunately, the genes responsible for gray coat color also are linked to serious health problems in alpacas. But the good news is that Foundation-funded researchers at Curtin University, located in Perth, Australia, have developed a new genetic test that can detect problematic mutations and help owners make better breeding decisions, improving the health of future generations of alpacas.

Research shows that the gene responsible for gray coat color is linked to early embryonic death, as well as other health problems, when certain individuals mate. The team at Curtin University, led by Dr. Kylie Munyard, knew that if they could identify a genetic marker for gray coat color, this would be an important step in the development of a diagnostic test.

“The classic gray color pattern is highly sought after in the stud animal and fiber markets, but is known to be linked with the blue-eyed white color pattern, which is less desirable for some alpaca breeders because of possible health defects,” Dr. Munyard said. “The most important aspect of this discovery is that we can now identify the so-called cryptic gray alpacas that are too pale for the pattern to be seen. This will allow breeders to select for, or against, classic gray and blue-eyed white in their herds.

“Through our research, we were able to identify a genetic marker responsible for the classic gray color pattern in alpacas and, by using molecular techniques, we were able to develop a rapid and reliable method of identifying the mutation from a small DNA sample,” added Dr. Munyard.

Veterinarians who care for alpacas, as well as alpaca owners, welcome the new test.

“This test could help the industry breed animals more safely,” said Dr. Pat Long, a veterinarian and long-standing member of the Foundation’s Board of Trustees. “It’s another example of the important alpaca research that’s come out of Morris Animal Foundation. There are not many foundations you can say have impacted not only alpaca owners but dog, cat and horse owners. That’s significant.”

The test is in the process of moving toward commercialization and should be available to alpaca owners soon.

“The discovery of this new mutation will provide further support to breeders around the world,” said Dr. Munyard. “We look forward to working alongside the alpaca industry to implement this new product.”

Learn more about our work helping to improve the health and well-being of llamas and alpacas around the world. 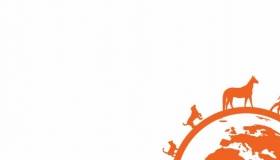 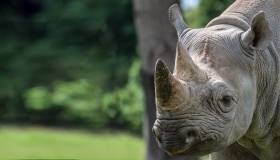