DENVER/October 4, 2022 – Megan and Jack Czerwinski can still remember the first time they laid eyes on Zinnie. It was February 2019 and, in the lead-up to bringing their new puppy home, the couple received pictures of his litter’s progress, catching a glimpse of the Australian shepherd that soon would steal their hearts.

Zinnie, noted the Czerwinskis, was a loveable, goofy and gentle Aussie with an old soul and a playful demeanor. Unfortunately, Zinnie also suffered from canine inflammatory bowel disease (IBD) for his entire short life. Despite receiving excellent state-of-the-art care, Zinnie died from complications of the disease in May 2022 at just 3 years old.

Wanting to give more meaning to the untimely loss of their beloved dog, the Czerwinskis are determined to advance understanding of canine IBD to give veterinarians more treatment tools, and to help other dogs suffering from the disease. To make that happen, the couple is partnering with Morris Animal Foundation on a new fundraising effort, with a goal of $75,000, to advance the study of IBD.

Canine IBD is a common cause of chronic gastrointestinal (GI) symptoms in dogs. The disease is similar to Crohn’s disease in people. IBD is defined by the presence of characteristic inflammatory cells within the GI tract, once other causes of intestinal inflammation have been excluded. The inflammation damages the lining of the digestive tract in a way that prevents food from being properly digested. Causes of the condition are not clearly understood by veterinarians, but some factors may include overreaction to bacteria in the bowel or to food antigens, and genetics.

Outcomes are variable, but for the majority of affected dogs IBD is a manageable life-long condition. Some patients, like Zinnie, do not respond well to treatment and their health continues to deteriorate.

“This was a very difficult journey to take together,” said the Czerwinskis in a statement. “But we wouldn't trade our time with Zinnie and know how blessed we are to have had even a few years with him. With this study, we know that Zinnie's impact won't end with his life and will extend far beyond just the people and pups who knew him.”

Founded in 1948, Morris Animal Foundation is one of the largest nonprofit animal health research organizations in the world, funding more than $149 million in nearly 3,000 critical studies across a broad range of species. Learn more at morrisanimalfoundation.org. 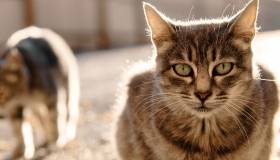 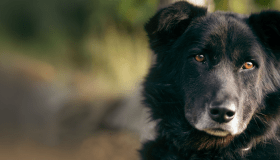 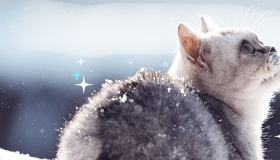 The Future Shines Brightly for Animals This Holiday Season