DENVER/April 20, 2021 – Stranded sea turtles’ care could be improved through a new study of their stress hormone levels. Morris Animal Foundation-funded researchers at the New England Aquarium (NEAq) are in the early stages of a project to determine how hormones relate to the physical health of rescued Kemp’s ridley and leatherback sea turtles, both endangered species.

Turtles strand for several reasons, such as if they are hit by boats or caught in fishing nets or oil spills. Often, they are cold stunned, a condition where they are exposed to very cold water and lose their ability to swim.

New England Aquarium staff noticed that many of the stranded turtles they rehabilitated had persistent abnormalities in their blood values, such as electrolytes. This led researchers to hypothesize the problem might relate to their aldosterone level. Aldosterone is a hormone produced by the adrenal gland that regulates salt and water balance in the body, as well as affecting blood pressure. While disorders of this kind are known to afflict other animals, it has not been studied in sea turtles.

“Even though we have been treating sea turtles for decades, we still have a limited knowledge of how to manage them medically,” said Dr. Charles Innis, Director of Animal Health at the New England Aquarium. “We want to answer questions like these so that when a turtle comes to us with these symptoms, we can fix their problems sooner and get them back into the wild faster.”

The first step of the team’s study was to validate that commercially available aldosterone tests, designed to measure aldosterone in people, can reliably measure the hormone in sea turtle blood. An NEAq endocrinologist conducted analytical investigations that examined turtle plasma alongside known amounts of aldosterone to check for precision and accurate detection of the target hormone and confirmed the test kits provided useful measurements for the species.

The team currently is testing 150 blood samples, collected from turtles hospitalized for different conditions over the last decade, as well as healthy, wild turtles. Researchers hope by comparing aldosterone levels, they can confirm injured or stressed turtles have aldosterone changes that impact their health. If this is the case, Innis hopes treatment providers may be able to administer synthetic aldosterone supplements or inhibitors to balance turtles’ hormone levels to appropriately treat them.

“If the New England Aquarium can prove this connection, it could potentially benefit turtle populations around the world,” said Dr. Janet Patterson-Kane, Morris Animal Foundation Chief Scientific Officer. “Globally, as with many other wildlife species, turtles are facing both direct and indirect challenges from human activities. We owe it to them to find the right tools to maximize the chances of injured or sick turtles returning to healthy lives in our planet’s seas and oceans.”

In the past 20 years, at least 11,000 sea turtles were rescued and hospitalized in the United States alone. In Massachusetts, Innis has seen case numbers increase since 2010, from about 50 strandings a year to more than 500. He believes this is related to climate change. Turtles swim farther north and remain longer than they normally would, attracted by the warmer waters, but many become trapped in Cape Cod Bay when the water temperatures suddenly drop in the winter.

Kemp’s ridley sea turtles are the smallest of the seven species of sea turtles, as well as the most restricted in their geographic range. They are found mostly in the Gulf of Mexico as adults, but juveniles will migrate up the United States’ east coast. They are classified as critically endangered by the International Union for Conservation of Nature (IUCN) with a wild population of about 22,000 individuals.

Leatherback sea turtles are the largest living sea turtle species, growing up to six feet long as adults. They are found in many of the world’s seas and are classified as globally vulnerable by the IUCN, with some sub-populations listed as endangered or critically endangered. 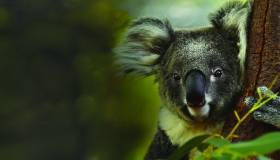 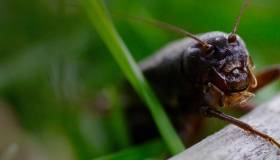 Episode 27: How Crickets Can Tell Us More About Urban Noise Pollution