Morris Animal Foundation, one of the largest nonprofit organizations worldwide funding scientific studies to advance the health and well-being of animals, welcomed two new members to its board of trustees during the foundation’s annual meeting June 24-25, and elected a new slate of officers, including chair of the board.

James Kutsch Jr., Ph.D., stepped down as chair after serving on the board for seven years, and serving as chair for two years. Kutsch, president and CEO of The Seeing Eye, is replaced by Walter N. George, who joined Morris Animal Foundation’s board of trustees in 2014.

“We can’t thank Jim enough for his leadership and guidance over the last two years, and for his commitment to the foundation since 2009,” said John Reddington, D.V.M., Ph.D., president and CEO of Morris Animal Foundation. “It truly is fortunate for the foundation that Walt George has been elected as our new chair, both for continuity and also for the passion and commitment Walt will bring to this new role.”

George has been serving as interim CEO for Morris Animal Foundation since October 2015. He is former corporate vice president of Ralcorp Holdings Inc. and president of American Italian Pasta Company. He now devotes his time to small business consulting and serves on advisory boards for both corporate and nonprofit organizations. Also elected to or continuing in leadership positions on the board are trustees:

Joining the board as new trustees are:

“Our two new board members and our newly elected chair all bring a unique perspective to the table, which will undoubtedly add to the foundation’s success,” said Reddington. “We are greatly appreciative of these individuals for their unwavering commitment to Morris Animal Foundation’s ongoing mission to improve the lives of animals everywhere.” 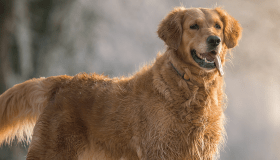