March 19, 2014 – Much has been written about our pioneering founder, Dr. Mark Morris Sr., but few are aware of the amazing contributions of his wife, Louise. In honor of Women’s History Month, we’d like you to get to know her.

In an age when women rarely went to college or worked, Louise Weber was an anomaly. Not only did she have a short career as a fourth-grade teacher, but without her Morris Animal Foundation would never have existed.

From the very beginning, Mark and Louise forged a partnership that would change veterinary medicine forever. The year they married, 1928, was also the year they built one of the first small-animal veterinary hospitals in the country. They were rarely apart and their personalities complemented each other perfectly.

Their granddaughter and Foundation trustee Cynthia Morris describes Louise as the power that fueled Mark. He was the inventor, always coming up with ideas. Louise filtered the good ideas from the bad and made them happen.

They lived above their newly built Raritan Hospital for Animals, where Louise ran the clinic and lab, handled payroll and managed supply ordering. She also educated pet owners about the benefits of bringing pets to the clinic. Clients back then were accustomed to calling a veterinarian at home to make a housecall. Despite the country’s plunge into the Great Depression, the clinic grew.

When Mark developed the kidney disease diet that would become the first prescription diet in veterinary history, Louise and Mark initially canned the food together in their kitchen, which was quickly outgrown. She provided leadership over production of the diets, inventory management, purchasing of raw materials, sales and distribution. In a nutshell, she kept the engine running so Mark could spend time with the animals and in his laboratory. They also traveled the country telling veterinarians about how the diet could help manage disease.

It was the royalties from that diet, and others that Mark would develop, which allowed the Morrises to establish Morris Animal Foundation. With her practical ways and attention to detail, it was only fitting that Louise would be named the organization’s first secretary-treasurer.

In later years, Louise is said to have stated “what I didn’t know when I married a veterinarian was that I also was marrying a business, a research organization and a foundation. I wasn’t too surprised at becoming a mother and grandmother, but the other things I hadn’t counted on.”

Yet, she embraced everything that came her way. Mark and Louise were always described as an “us.” They were two sides of one coin. Together, they created a Foundation that has been improving the lives of animals for more than 65 years, and without each other, the history of veterinary nutrition would have taken a different path. Veterinary Student Scholars: What We Are Funding & Why 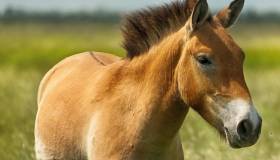 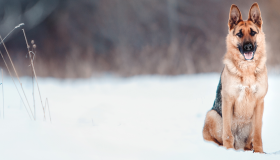 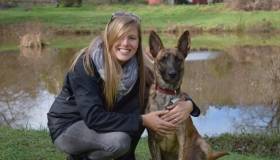