April 16, 2020 – Hip dysplasia is a common developmental problem in large and giant breed dogs, and by some estimates is the most common inherited disease seen in dogs. Hip dysplasia typically leads to osteoarthritis of the hip joints, a crippling and painful disease that can significantly impact a dog’s quality of life. In addition, the disease can be a financial and emotional burden for dog owners.

The disease has a global distribution and affects male and female dogs equally. Any large or giant breed dog, including large-sized mixed breed dogs, can develop the disease. Although reported in smaller breed dogs, it is much less common.

Breeds most frequently affected include:

Hip dysplasia was first described in 1935 and has been the subject of intense investigation for decades. There have been dozens of studies looking at everything from the genetics underpinning the condition to treatments to preventive measures. The quantity of data on this problem is mind-boggling. In this article, we’ll discuss the basics of hip dysplasia as well as explore new information on this common but complex disease.

Although we think of hip dysplasia as an important cause of osteoarthritis in older dogs, the disease actually begins in puppyhood. The underlying abnormality is laxity of the hip joint that results in instability. This instability, in turn, leads to progressive degeneration of the joint and clinical signs of osteoarthritis.

Puppies with a genetic predisposition are born with normal hips, but changes begin within a few weeks of birth. In some cases, lameness and gait abnormalities begin as early as 3 months of age, while other dogs may not exhibit signs for years.

Some experts divide hip dysplasia into two forms based on the age of onset of clinical signs: juvenile and mature. The juvenile form, as the name describes, occurs in dogs under 18 months of age while the mature form is seen in older dogs.

Although there is some overlap between the two forms of the disease, there are differences. These include:

It’s not unusual for young dogs to exhibit signs of hip dysplasia and then seem to get better. Improvement can happen because the body produces fibrous tissue in an attempt to stabilize the loose joint(s). Approximately 30% of dogs will need additional treatment later in life but many can do well for long periods of time without treatment.

It was recognized many years ago that dogs with hip dysplasia often had puppies that went on to develop the disease. In addition, the fact that the disease had a strong breed disposition also suggested it was inherited. Breed groups have been instrumental in trying to identify individuals with poor hips and remove them from the breeding pool.

Advances in molecular biology have allowed scientists to delve more deeply into the genetics of dogs with hip dysplasia. Researchers based around the world are conducting dozens of studies looking to pinpoint a specific gene, or genes, responsible for the disease. The goal would be to identify a genetic marker for the disease that could be used to screen dogs.

Recent work done on German shepherd dogs by a team at the University of Helsinki suggests that multiple locations on different chromosomes might be involved in hip dysplasia. Interestingly, the group reported that osteoarthritis mapped to chromosome 1 but joint incongruity mapped to chromosomes 9 and 28. The team plans on looking at these regions more closely to find genetic variations that could eventually inform genetic test development.

Although it’s been recognized for a long time that hip dysplasia has a strong genetic component, genetics alone don’t explain why some dogs develop hip dysplasia and others with a genetic predisposition do not.

Excessive caloric intake causing rapid growth and weight gain as well as heavy exercise are risk factors for hip dysplasia in a puppy with a genetic predisposition. These conditions are associated with bone growth that outpaces development of the soft tissue structures important for joint stabilization, which in turn leads to joint laxity. And, as described earlier, joint laxity starts the cascade of events that results in osteoarthritis.

In some dogs, controlling these external factors can influence whether hip dysplasia develops or not, or it can modulate the severity of signs.

Diagnosis is based on clinical signs and X-ray evidence

Physical examination findings coupled with history can raise suspicion of hip dysplasia. In a dog of any age with hip joint pain, X-rays are an essential part of the work-up. Basic X-rays can be very informative, particularly in an older dog.

There also are special types of X-rays that can be used to screen dogs for hip dysplasia. Many breed organizations around the world have embraced these special tests as a way to improve hip conformation and keep dogs with mediocre and poor hip quality out of the breeding pool.

Two of the most common advanced screening tests used in the United States are the Orthopedic Foundation for Animals (OFA) protocol and the PennHIP protocol. These techniques are used to screen young dogs to look for evidence of hip dysplasia. Both were developed to assess hip conformation and to predict the likelihood of degenerative joint disease development later in life.

Key differences between these two methods include:

OFA certification continues to be one of the most common and accepted assessments of hip dysplasia in the United States.

Regarding optimal testing procedures, each test has its pros and cons and it’s important to work with your veterinarian to determine which test (if any) is best for your pet. If you’re thinking of getting a large or giant breed puppy, make sure to ask your breeder about whether any hip evaluations were performed on the sire and dam.

Other testing schemes are used in other countries, particularly in Europe and the United Kingdom, that impact breeders of dogs in the United States, or an owner might encounter if they’re importing a dog from abroad.

The important point to remember is all these are predictive tests, and other factors can influence whether or not a dog ever shows signs of disease.

Many treatments are available for dogs with hip dysplasia

Although hip dysplasia is a progressive condition, a wide variety of treatments are available to help dogs of all ages.

Pain management is a key component of treatment for hip dysplasia at any age. Nonsteroidal anti-inflammatory drugs (NSAIDS) remain the cornerstone of medical therapy. Several different types of NSAIDS are available for veterinary patients and many studies have demonstrated their efficacy in treating pain associated with osteoarthritis.

Analgesics often are added to NSAID therapy to provide additional relief. Many of these drugs are familiar to most dog owners and are used to provide analgesia to people with osteoarthritis, too. Gabapentin, tramadol and codeine are common drugs that fall into this category.

As mentioned earlier, some young dogs with hip dysplasia will stabilize as they reach maturity. Conservative management consisting of limited exercise and pain management, coupled with physical therapy, can help pups through this period until stabilization. If successful, only 30% of young dogs treated this way will need advanced therapies later in life.

Surgery is sometimes indicated not only to help with pain management but also to improve hip mobility and function. The type of surgical procedure recommended depends on a dog’s age and severity of signs.

Surgical procedures available for dogs with hip dysplasia include:

Other treatment strategies include:

Researchers continue to look for better ways to treat the disease. Recent publications on novel therapeutics include:

Both of these studies only looked at a small number of dogs but no adverse effects were noted. Further study with larger numbers of dogs is needed to determine if these new therapies could be beneficial for dogs with hip dysplasia.

Morris Animal Foundation has played an important role in the evolving science of hip dysplasia. The Foundation provided crucial funding for studies that eventually lead to the development of the PennHIP protocol. The Foundation also was involved in research on the genetic basis of the disease and continues to support studies to improve and advance the prevention and treatment of hip dysplasia 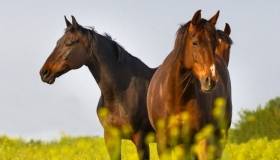 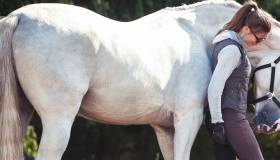 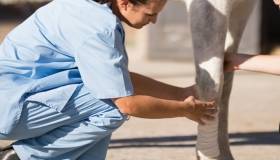 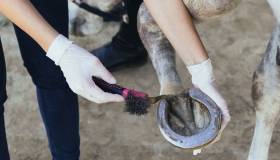