Listed as a vulnerable species

Imagine the stress of your entire neighborhood rapidly changing — the main roads moving or switching direction and your food source, the grocery store, closing or moving further away. For polar bears, their vast Arctic home ranges are literally melting away.

Polar bears rely on the sea ice to hunt, breed and in some cases, den, and in recent years, the Arctic ecosystem has seen an unprecedented shrinking of the sea ice. As a result, some subpopulations of polar bears are declining, and this once thriving species is now listed as vulnerable by the International Union for Conservation of Nature, an organization that provides global conservation status for wildlife species.

Our current understanding of how environmental change affects polar bears and other bear species is poor. This is largely because traditional wildlife biology approaches have focused on measuring factors, such as survival, mortality and reproduction, which require long-term data collection. This is now changing as researchers begin to look at biological mechanisms to understand the health issues underlying wildlife population declines.

Assessing Wildlife Health One Hair at a Time

Hair is an important biomaterial composed primarily of protein, notably keratin, the same substance that makes up human nails. Locked within the hair’s structure are clues about underlying stress and health conditions.

Morris Animal Foundation–funded researchers from the University of Saskatchewan in Canada developed a technique to measure cortisol in hair collected from polar and grizzly bears. The body releases cortisol in response to stress, and the hormone is a known biomarker of long-term stress in humans. Research shows that long-term stress in wildlife can lead to immunosuppression and decreased reproduction and growth and may be a contributing factor to wildlife population declines.

The University of Saskatchewan researchers validated hair cortisol testing as a sensitive, reliable and noninvasive measure of long-term stress in wildlife. This type of test will help conservation managers assess the health of wild animal populations, particularly large carnivores such as polar bears — a keystone species important for maintaining balance in their Arctic habitat and home range. 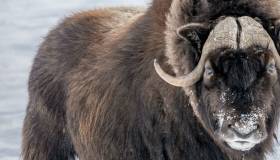 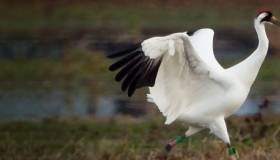