Walking in Memory of Those Lost to Cancer, with Hope for a Better Future

May 20, 2016 – Judi Schachte’s voice catches as she tells the story of how she came to participate in the Morris Animal Foundation Unite to Fight Pet Cancer Virtual Walk, coming on Sunday, May 22. Her story is one of terrible tragedy, but also of hope and perseverance.

Having grown up with dogs, Judi insisted on getting a dog after she and her husband built their house. She had fallen in love with Australian shepherds, and was excited when she picked out her first pup, Summit, several years ago.

“I knew I wanted a male, and Summit was the first born boy in his litter,” said Judi, who lives in Rhinebeck, New York. “He also was the first one out of the whelping box. I figured he was an ‘overachiever,’ just the dog I want!”

Not long after Summit came into Judi’s life, Judi’s mother was diagnosed with breast cancer. Judi started commuting every week to help take care of her mother and father. She had done some basic training classes with Summit, but found an excellent agility trainer near her parents. Judi and Summit soon became immersed in training.

“Training Summit became my way of taking a break from caregiving,” said Judi. “At the time, I had no idea how well Summit would do.” Summit went on to win many competitions, and is the reigning Australian Shepherd Club of America agility champion.

Sadly, Judi’s mother lost her battle with cancer. As Judi worked through her grief and began to return to life’s normal routines, she received more devastating news. Her younger sister, Rosie, was diagnosed with aggressive rhabdomyosarcoma. Once again, Judi stepped up to take care of her sister and her family as Rosie endured 18 months of radiation treatment, chemotherapy and multiple surgical procedures.

Rosie’s treatments bought her a respite. During this time, Judi made arrangements to pick up a second Australian shepherd puppy. But then Rosie’s cancer came roaring back, and Judi decided it was not the right time to get a new dog. Her sister thought otherwise.

Rosie did not get another respite and, after her sister’s death, Judi found Twist provided the comfort and solace she needed. Judi worked through her grief by immersing herself in agility training, and Twist’s eager and outgoing personality was a balm for Judi’s broken heart.

It was the weekend of Halloween 2015 when Judi’s world turned upside down again. After spending the weekend with Rosie’s family, Judi came home on Sunday to find Twist “off.” He jumped into her arms, squealing a bit, something unusual for him.

During the next few days, Judi made multiple trips to her veterinarian, but Twist’s condition deteriorated rapidly. By Thursday, he was paralyzed and in pain. An MRI revealed an inoperable osteosarcoma in Twist’s neck that was pressing down on his spinal cord. Twist had to be euthanized a mere five days after he became sick. Judi had to say good-bye once again, too early and too soon.

“I told myself that Twist left me to be with Rosie,” said Judi. “I see them together in a better place.”

Judi decided she needed to do more to prevent other people from having to endure the same pain she experienced watching her loved ones –  human and dog – suffer from cancer. Judi reached out to C.A. Sharp, president of the Australian Shepherd Health & Genetics Institute. C.A. pointed Judi to Morris Animal Foundation and the Unite to Fight Pet Cancer Virtual Walk. With her customary energy and drive, Judi jumped in with both feet, enthusiastically embracing the foundation’s mission. She currently is the leading fundraiser for the walk!

“I want to see better, innovative treatment options for cancer,” said Judi. “I saw my sister being treated with the same chemotherapy that has been around for 50 years. I had no good options for Twist. I’m walking for my babies.”

Join Judi and make a statement about changing the world for pets with cancer by registering for Morris Animal Foundation’s Unite to Fight Pet Cancer Virtual Walk. Together, we can make a difference. 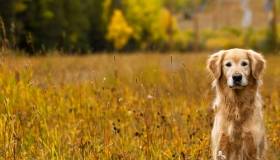 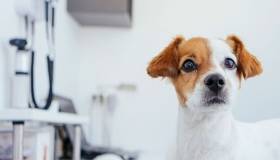 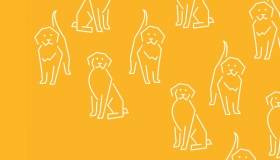