SSSummertime Ssslithers – What to Know About Snakes and Your Dog

August 22, 2017 – With summer in full swing, our dogs are out exploring, finding adventure and meeting new friends. However, some “friends” that might not appreciate the special attention are snakes. Although most snakes will quickly move away to avoid contact with unwanted playmates, they can and will strike if cornered. Knowing what to do if your dog encounters a snake – poisonous or otherwise – can help keep them safe and out of the emergency room.

There are approximately 50 species of snakes in the United States, 21 of which are considered venomous.

Coral snakes are found in the southern United States, from Arizona to Florida. Although their venom is the most toxic of any snake in the United States, these snakes have small fangs and must “chew” on their victims to inject venom; according to some experts, only 40 percent of coral snake bites result in envenomation. Coral snakes are small, so they don’t have as much volume to inject when and if they do bite.

Snakes in the Crotalidae family make up the majority of poisonous snakes in the United States. Rattlesnakes, cottonmouths and copperheads are all members of this family. Crotalids are found across the United States, and are responsible for most of the poisonous snake bites reported in dogs. Rattlesnakes account for 65 percent of venomous snake bites, followed by copperhead bites at 25 percent and cottonmouths at 10 percent. Rattlesnake bites have a higher mortality than either copperhead or cottonmouth bites, due both to how commonly they’re encountered, and their larger size and more powerful venoms.

Crotalids have large, retractable fangs, and can control the amount of venom they inject. Experts estimate that approximately 25 percent of bites are “dry,’ meaning no venom is injected. Defensive strikes often are dry, or contain only small amounts of venom, in contrast with offensive strikes where the snake will inject a controlled amount of venom.

It’s important to remember that dying snakes can still bite, and can inject all the contents of their venom glands at one time, making injured and dying snakes especially dangerous. Injured, dying or dead snakes can be very attractive to your dog because they don’t move quickly but still make enticing toys.

Although not nearly as dangerous to our dogs as venomous snakes, non-poisonous snakes sometimes cause medical problems in dogs. For example, the most common non-poisonous snake that dogs encounter are garter snakes. “Garter snakes were formerly thought to be nonvenomous,” said Dr. Barbara Wolfe, Chief Scientific Officer at Morris Animal Foundation. “However, it recently was discovered that they produce a mild venom which serves to stun their prey to ease consumption. Because they have very small teeth, rather than the venom-delivering fangs of rattlesnakes and other vipers, their bite is generally harmless to humans and other large mammals, like dogs. If your dog is the offending biter, or eats a garter snake, no need to be alarmed. The smelly musk produced by the frightened snake may cause the dog to drool, gag, or even vomit, but isn’t toxic and will likely make him think twice before getting too aggressive on his next snake encounter!”

Although signs can vary, common signs of poisonous snake bites include:

Some rattlesnake venom contains a neurotoxin that can affect the nervous system but not cause much local tissue damage. The Mojave rattlesnake, timber rattlesnake, and canebreak rattlesnake are examples of snakes that have this type of venom. Respiratory difficulty and muscle tremors in addition to some of the clinical signs noted above can be a sign of a bite from these rattlesnakes.

What should I do if my dog is bitten by a snake?

For non-poisonous snakes, Dr. Wolfe recommends washing the wound to prevent infection and watching for any sign of irritation. Most dogs don’t need to see a veterinarian unless you’re unsure of the type of snake inflicting the bite.

If your dog is bitten by a poisonous snake, don’t panic, but get to a local veterinarian as quickly as possible. Walk (or carry) your dog to your vehicle – keep your pet calm during transport.

You might find other emergency recommendations on the internet or elsewhere, but it’s now known that many of these first aid treatments aren’t just ineffective but can be harmful. Contraindicated therapies include placing either hot or cold packs on the bite area, cutting and/or sucking the bite site, and placing tourniquets around an affected limb. The best treatment remains seeking veterinary care immediately.

Knowing the type of snake that inflicted the bite is helpful but in the many cases owners either don’t witness an attack or might not be able to identify the snake. It’s important for dog owners who do a lot of outdoor activities to know what poisonous snakes might be in the area, whether you live there or are on vacation. However, owners shouldn’t risk getting a bitten themselves trying to identify the attacking snake!

The good news is that prognosis is excellent for most poisonous snake bites when pets receive treatment quickly. Mortality rates rise when treatment is delayed, even for a few hours.

It’s impossible to know how much venom is injected when a snake strikes, so all snake bites are treated with the assumption that at least some venom has been injected into a bite victim. Experts recommend hospitalization for at least eight hours for supportive care and observation.

Other treatments used in the past, such as steroids, antihistamines, and antibiotics haven’t shown any benefit in the routine treatment of patients with snake bites. Their use, along with other therapies, might be indicated in dogs suffering from shock or from anaphylaxis to antivenin.

Although serious, the good news is that many studies show that long-term prognosis is excellent for snake-bite victims regardless of snake species when prompt veterinary care is received.

There are some steps owners can take to avoid snakes, including:

There is a vaccine available in some areas, but it’s efficacy is controversial. Even vaccinated dogs need veterinary care if bitten by a poisonous snake.

No participants in the Golden Retriever Lifetime Study have reported any serious snake bite injuries, but the study does provide a unique opportunity to provide data regarding snake encounters.

As we enter the dog days of summer, enjoy the outdoors, but remember to keep an eye out for anything slithering in the grass – you could save your dog from a snake bite! 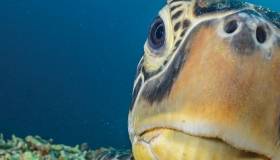 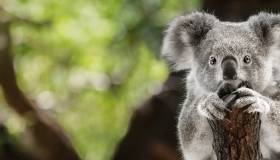 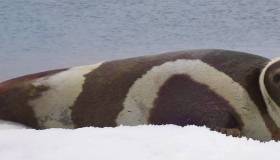 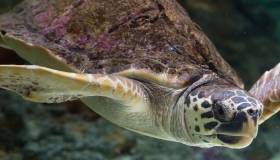