DENVER/September 14, 2020 – A genetic mutation might be the reason dogs with hypothyroidism are less likely to develop T-zone lymphoma (TZL). That’s the finding from Morris Animal Foundation-funded researchers at Colorado State University who tried to identify genetic risk factors for TZL using a genome-wide association study (GWAS) and subsequent targeted sequencing. They recently published their results in the journal BMC Genomics.

“Golden retrievers are predisposed to so many cancers,” said Dr. Julia Labadie, Morris Animal Foundation epidemiologist, who conducted the study as part of her doctoral work. “Any piece of the puzzle we can solve to help us understand why, can really help this breed. Of course, golden retrievers aren’t the only dogs getting this cancer, so what we learn has implications for all dogs at risk for TZL.”

The published study is a follow up to a 2019 publication from the same team that examined associations of environment and health history among golden retrievers with TZL. The team found that both hypothyroidism and omega-3 supplementation are associated with decreased risk of TZL and suggested a genetic predisposition for TZL.

“This gives us one more piece of information which we can add to future studies to ultimately help us understand why dogs get this and other cancers,” said Dr. Janet Patterson-Kane, Morris Animal Foundation Chief Scientific Officer. “With continued research, we are making progress toward the development of preventive measures, earlier diagnosis and successful treatments.”

The team used a subset of banked blood samples from the original study to look more closely for a genetic explanation for their initial findings. The samples used were from 95 dogs that were positive for TZL, 142 from dogs that possessed T-zone like cells that may have been precancerous, and 101 from a control group of dogs that were at least 9 years old and did not have the disease.

Researchers extracted DNA from each sample and genotyped them to identify areas in the dogs’ chromosomes that were associated with having or not having the disease. One region of interest was found in chromosome 8, which has an association with thyroid hormone regulation. While variation in the genes associated with thyroid function has not yet been confirmed, identifying the region containing thyroid hormone genes in the genetic risk factor study as well as hypothyroidism in the environmental risk factor study strongly suggests that this area of the dog’s genome is an important clue to the underlying causes of T-zone lymphoma.

“This study illustrates the value of combined genetic and environmental risk factor analysis, because identifying hypothyroidism in the environmental study, as well as a genetic region that governs thyroid function in the genetic study, highlights the importance of this part of the dog genome in this disease,” said Dr. Anne Avery, Professor, Department of Microbiology, Immunology and Pathology at Colorado State University. “The relevant genes may be the thyroid function genes themselves, or other genes in the region, but the strong evidence from the combined studies about the importance of this genetic region means that we can be confident that further focus on this area will be fruitful.”

The CSU team also found four variants on chromosome 14 that were associated with an increased risk of TZL. These same variants were previously found to be associated with risk for mast cell tumors among golden retrievers, which could suggest a shared mechanism underlying development of the two cancers. This unrelated study from the Broad Institute used similar genotyping methods. The CSU team didn’t find that dogs with the chromosomal variants were likely to have both tumors, though.

T-zone lymphoma is a slowly progressive form of the cancer that usually develops in older dogs, comprising about 12% of canine lymphoma cases. It is far more prevalent in golden retrievers than any other breed, with golden retrievers representing over 40% of all reported cases.

Most of the golden retrievers in this study’s control group were drawn from Morris Animal Foundation’s Canine Lifetime Health Project. This is a registry of dogs whose owners are interested in participating in clinical trials and other studies to improve canine health. Many of the dogs entered into the registry during the recruitment phase of Morris Animal Foundation’s  Golden Retriever Lifetime Study, but were too old to participate in the Study at the time of their enrollment. 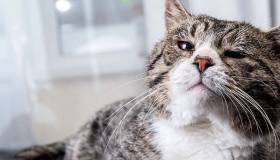 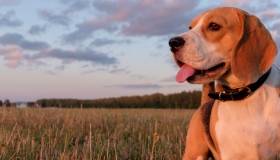