May 17, 2021 – Parker did it all – he was a model, professional actor, registered therapy dog, AKC agility competitor, nonprofit volunteer, dedicated cancer awareness advocate and fundraiser. His winning personality made him an instant favorite with everyone he met, whether it was a child with cancer or the famous Betty White!

“My dad and I saw the walk promotion and did some research about the Foundation before we joined,” said Jenn. “Since Parker was a therapy dog and we were involved in cancer awareness, we signed up!”

Jenn made Parker a special vest for the occasion that included names of Parker’s two- and four legged-friends who had battled cancer. To say it was popular would be an understatement.

“We used that vest for the rest of Parker’s Life,” said Jenn. “His cancer vest got big – everyone went bonkers over it!”

Jenn and Parker are valued partners in the Foundation’s mission to improve animal health. In addition to helping with much needed social media support and fundraising, Jenn also enrolled Reser, Hero Dog #1273, in the Golden Retriever Lifetime Study.

Parker’s mission was to teach people how cancer affects dogs and about the need to learn more about conquering this terrible disease. Sadly, it was cancer that eventually took Parker’s life.

Reser is following in his big brother’s footsteps as a budding canine actor and model, while Jenn and Dan continue to raise awareness about canine and human cancer.

“I hope we can find out more about cancer in general,” said Jenn of the Study. “Cancer causes a lot of heartbreak in so many families. We lost Parker to it and people lose loved ones all the time to it. Anything we can do to help put the pieces of this puzzle together would be so helpful.”

You can help continue the legacy of Parker and so many other beloved pets by supporting animal health projects that make a difference. Learn more about what you can do to improve the lives of animals around the world! 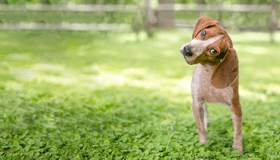 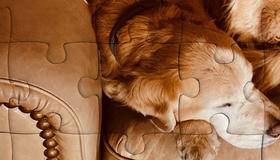 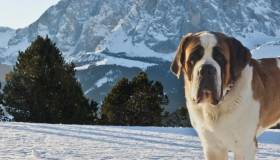