DENVER/May 5, 2017 – Morris Animal Foundation is working to save the critically endangered saiga antelope, with a $50,000 grant to international researchers studying the deadly “goat plague” virus that is pushing the species closer to the brink of extinction. Morris Animal Foundation’s Betty White Wildlife Rapid Response Fund will support life-saving animal health research that the Wildlife Conservation Society (WCS) is conducting with its partners to understand the rapidly progressing disease, in hopes of saving the Mongolian saiga before it’s too late.

“Morris Animal Foundation’s support will be critical to the global effort to save this species,” said Dr. Amanda Fine, a veterinarian and Associate Director of the WCS Wildlife Health Program in Asia. “The Mongolian saiga population is now experiencing a die-off that continues to escalate in scope and scale, and we feel that we may be facing the potential extinction of this subspecies of the saiga antelope, if immediate and comprehensive actions are not taken.”

The research team includes Dr. Richard Kock, a Professor with the University of London’s Royal Veterinary College. Dr. Kock is a global expert on investigating factors contributing to the epidemic of goat plague, a highly contagious virus known to scientists as peste des petits ruminants (PPR). Typically associated with sheep and goats, the disease recently emerged in Mongolian livestock and has now spread to the saiga population.

The first Mongolian saiga casualties of the goat plague outbreak were discovered in late December 2016, following the first outbreak of the disease in sheep and goats in the country in September 2016. Despite Mongolian government efforts to halt the spread of PPR through vaccination of sheep and goats, the current outbreak has caused the deaths of more than 5,000 of the remaining 10,000 Mongolian saiga. If left unchecked, the disease could cause a further devastating reduction in the Mongolian saiga population, and potentially lead to extinction.

This is the second time Morris Animal Foundation has come to support the saiga antelope with funding through the Betty White Wildlife Rapid Response Fund. In May 2011, the Foundation supported Dr. Kock’s research, which helped to identify the cause of the near decimation of the population of 200,000 saiga in Kazakhstan, due to episodic outbreaks of bacterial hemorrhagic septicemia.

“We must gain a better understanding of the ecology of these disease outbreaks so that we can protect this ancient and critically endangered species from extinction,” said Barbara Wolfe, DVM, PhD, DACZM, Chief Scientific Officer for Morris Animal Foundation. “These efforts directly support our mission to ensure the health of animals worldwide. I’m so pleased that Morris Animal Foundation is able to support, in real time, the important efforts of the scientists in the field.”

The unusual-looking saiga antelope (Saiga tatarica), with its remarkable elongated snout, once was prolific in the Eurasian steppes. Its population was estimated to be near one million, extending from the foothills of the Carpathian Mountains and Caucasus into Dzungaria and Mongolia. The Mongolian subspecies (Saiga tatarica ssp. mongolica) is found only in western Mongolia. Historically believed to have once roamed the earth at the same time as woolly mammoths, this unique antelope now faces extinction without intervention.

“The Mongolian government, NGOs, and multi-lateral stakeholders are currently doing all they can to respond to the ongoing outbreak in Mongolian saiga,” said Dr. Fine. ”But additional resources to study the epidemiology of the disease, and to fully understand the triggers of these die-off events, are critical to the survival of the species.”

Since 1967, Morris Animal Foundation-funded research has advanced the health of animals and, in some cases, has ensured the very survival of a species. The Betty White Wildlife Rapid Response Fund, established in October 2010, gives wildlife researchers timely monetary aid to respond to unexpected events, such as natural disasters and emerging diseases, which result in the need for emergency animal health research funding. 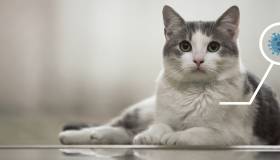