May 22, 2016 – Hemangiosarcoma is the type of cancer most people don’t know about, until their dog is stricken. Then they become intimately familiar with this cancer’s insidious ability to resist treatment, take a life quickly, and leave shock and grief in its wake.

For Gregg and Melissa Bernhardt, it was hemangiosarcoma that suddenly took away their dog Chloe – a rescue pup that had a rough start in life, but found a loving home and community.

The couple, who live in Hamilton, New Jersey, had rescued several animals, and were well known in their community as promoters of animal welfare. When someone called them about a backyard breeder with puppies in need of help, they rushed in.

Most of the puppies were in fairly good shape, but one was collapsed in a food bowl and barely alive. Gregg and Melissa took the puppy to their veterinarian, who diagnosed her with a severe respiratory infection. With two days of supportive care, Chloe came back to life.

“After that rough beginning, she was the poster dog for good health,” said Gregg.

Chloe inspired Gregg and Melissa to craft organic, healthy treats for dogs and, before they knew it, the couple started their own boutique dog bakery, Bag of Bones Barkery. Chloe, the quintessential outgoing golden retriever, tagged along to work every day.

“She was our princess,” said Gregg. “She was the best dog – extremely loyal, so obedient. All our clients knew her and loved her.”

But in December 2014, disaster struck. Chloe was playing outside when she suddenly collapsed. Gregg and Melissa rushed her to their veterinarian, where Chloe was diagnosed with a deadly canine cancer.

“All this happened in two hours,” said Gregg. “You don’t know hemangiosarcoma is there until it’s in your face.”

Chloe underwent emergency surgery to relieve the pressure around her heart. The hope was surgery would help in the short term until chemotherapy could be started, but Chloe succumbed to her disease three weeks later.

Gregg and Melissa were heartbroken to lose their precious dog. In their grief, they were amazed by their customers’ show of support, with emails pouring in from all over the country.

“It was hard on them as well, because it was impossible not to love her,” said Gregg.

Gregg and Melissa wanted to do something special in Chloe’s memory. The couple, already donors to Morris Animal Foundation, enlisted the help of their clients to raise more funds for cancer research. The community made the first of many generous donations to the foundation, beginning a relationship that continues today.

With the support of donors like the Bernhardts, the foundation has been able to invest in the cutting-edge science needed to fight canine cancer. But there is still more to do. You can help by making a gift to our Unite to Fight Pet Cancer campaign, and join Gregg and Melissa as we work together to beat cancer. 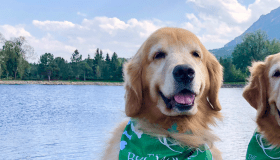 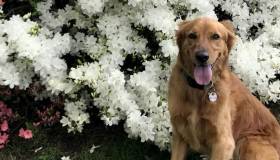