July 8, 2021 – Four years ago, reports started surfacing about the development of dilated cardiomyopathy (a type of heart muscle disease) possibly linked to feeding of certain diets. A wave of fear and confusion ensued, with dog owners, veterinarians and scientists scrambling to unearth the causes and potential solutions to the problem.

The picture today is clearer, but lingering questions remain regarding the how and why behind the outbreak of disease. Many researchers are devoting time and energy to better understand the connections between diet and dilated cardiomyopathy.

What have we learned?

It’s all in a name – terminology

Grain-free, pulse (seed-derived), BEG (boutique, exotic ingredient, grain-free) and other descriptors have been used to describe the diet types associated with dilated cardiomyopathy (DCM). The current accepted terminology is “non-traditional diet,” but expect to see a variety of  terms in older literature.

Unusual protein sources, such as kangaroo, were initially scrutinized as possibly contributing to the development of heart disease. However, a consensus among veterinary nutritionists is that the protein source doesn’t seem to play a role in disease development.

It’s important for both dog owners and veterinarians to take a close look at the ingredient list when evaluating diets. In particular, look for the number of pulses (peas, lentils, chickpeas and beans), other legumes, or potatoes listed in the top 10 ingredients even if the diet contains grains. Dog owners should consult with their veterinarian if they note this in their pet’s diet.

This seems intuitive, but when dogs with DCM first started cropping up it was unclear how long it took for the heart problems to develop. Recent research, some still in progress, points to a progression of impairment that occurs over time.

Several studies looking at apparently healthy dogs eating non-traditional diets have found heart dysfunction, although the animals appear perfectly normal to their owners and their veterinarians. The bottom line is that owners need to talk to their veterinarian about additional testing or a diet change if their dog is eating a non-traditional diet.

Taurine deficiency likely not the problem in all dogs

It was natural to look at taurine levels in dogs with DCM when the association with diet was first reported. A link between taurine deficiency and DCM had been recognized for decades. However, many dogs diagnosed with DCM that were eating non-traditional diets did not have low blood taurine levels – in fact, many had normal or even high levels. Although taurine deficiency might play a role in some breeds of dogs, normal or high levels in the blood does not always mean a dog is safe from disease.

The one spot of good news is that, unlike DCM due to other causes, dogs with diet-associated disease have a much better long-term prognosis. Diet changes, sometimes accompanied by  appropriate medical support, can significantly improve heart function.

A strong link between taurine deficiency and DCM in cats was noted decades ago and the disease incidence plummeted when pet food manufacturers began supplementing feline diets. However, the FDA has reported a slight uptick in cases of potential diet-associated DCM in cats that doesn’t appear to be related to low taurine levels. These cats were eating the same type of non-traditional diets implicated in dogs. Veterinary cardiologists believe they are seeing more cases of DCM in cats than expected and more work is underway to learn about this potential problem.

Many veterinary scientists are exploring the problem of diet-associated DCM in dogs. Despite learning much about the disease, we still don’t know the exact mechanism that sets progressive heart dysfunction in motion. It’s unclear why some dogs develop problems and other don’t.

Nutritionists also are taking a much deeper look into non-traditional pet food ingredients as well as the influence of processing methods. Finally, veterinary geneticists are studying whether genetics could explain why some dogs develop heart problems and others don’t.

Diet-associated DCM is a complex and serious problem in dogs. Many veterinary scientists are working on learning more, both to help dogs currently afflicted as well as learn how to prevent problems in the future. 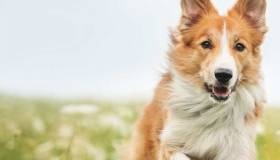 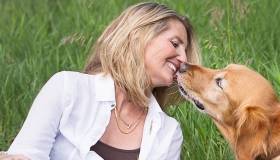