June 27, 2019 – Cancer in our pets is such a variable disease – some are quickly treated and cured, while others have a short timeline between diagnosis and death. But there are also those in the middle, where the cancer is diagnosed and, in a window of time ranging from months to years, pets are treated before eventually beating or succumbing to their disease.

That was the case for Baby Doll. Sally Seegers and Ron Gotleib saw their cat, Baby Doll, deteriorate to the point that she couldn’t walk, and they want to spare other animals from that kind of indignity. That’s why Sally supports Morris Animal Foundation.

Sally rescued the solid white, domestic shorthair from a bad situation when the cat was around 7-years-old. While Baby Doll was always shy, she was gentle and a great companion. Sally fondly remembers small, simple moments, like when the two would just sit on the bed and watch TV together. At the age of 16, though, Baby Doll stopped coming to the bedroom for those TV dates. Sally was suspicious when the cat started to pull away, and then shocked when she saw that Baby Doll could no longer walk.

Sally took her to the veterinarian 5 times to try and get a diagnosis, but came back from each visit without answers, frustrating her to no end. In the meantime, she tried to make Baby Doll as comfortable as possible as full paralysis set in.

“I hated to see her suffer and kept asking what I could do,” Sally said. “Cats are so proud and by the end, she wasn’t able to get up to eat, go to the bathroom or groom herself.”

Cancer is the second leading cause of death in cats and lymphoma is one of the most common types of cancer in cats worldwide, accounting for one-third of all feline cancer diagnoses.

Since 1962, Morris Animal Foundation has funded more than 300 animal cancer studies, investing nearly $40 million, and continues to make strides against the disease. Some of those studies even address viruses, like feline leukemia (FeLV), which cause cancer in cats.

Sally supports the Foundation to not only find cures for cancer, but to also alleviate the pain and suffering that often accompany it.

“Without the funds to continue this research, nothing will happen, and these animals will continue to suffer and die,” said Sally.

Please consider making a gift today. Help us create a world where all cancers are treatable and more cures possible, and no animal has to suffer. 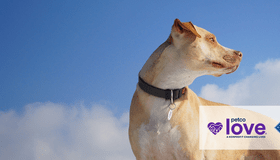