June 13, 2019 – Ecuador may have the Galapagos Islands, but the United States has an evolutionary wonder, too – the Channel Islands off the coast of Southern California. These islands are home to many species found nowhere else in the world, including a distinct type of foxes living on six of the eight islands.

What makes these foxes so special is each island has a separate and unique subspecies. All subspecies are distantly related to the mainland’s gray fox; genetically separated more than 9,000 years ago. Researchers have been studying these evolutionary wonders for decades, watching and learning from their population highs and lows – including a previously unknown finding of cancer.

One of these lows occurred in 1999. The foxes on Catalina Island, one of the Channel Islands, were quickly dying off. Researchers identified the cause as distemper, a common disease of dogs and certain wildlife. The disease, possibly brought to the island by a stowaway raccoon, infected the naïve population of Catalina foxes – naïve in the sense that the foxes had never encountered this infection and as a result had few or no immune defenses against it. The population crashed quickly with about 90% of the foxes lost to the outbreak over most of the island.

Researchers worked quickly to restore the population and implemented a recovery program that included vaccination for canine distemper and rabies, captive breeding and monitoring of a subset of wild foxes on Catalina and two other islands. But monitoring revealed another problem. Of the approximately 400 foxes trapped and rechecked, nearly 100% of the animals had ear mites. And, for some reason, the ear mite infections in the Catalina subspecies seemed to be associated with extreme ear canal inflammation, damage to glands and  ear tumors in nearly half of the adult foxes examined, two-thirds of which were cancerous.

Between 2002 and 2011, Morris Animal Foundation provided funding to University of California, Davis, researchers, working in conjunction with the Catalina Island Conservancy and the Institute for Wildlife Studies, supporting a series of studies to help find a solution for cancer in Catalina Island foxes. The team found that a commercially available drug for ear mites in pets dramatically reduced infection in the majority of monitored Catalina foxes.

These findings prompted researchers to initiate ear mite treatment of any foxes handled as part of routine population monitoring. Treatment for ear mites successfully reduced ear mite prevalence and mite burdens in treated foxes and led to a significant decline in the severity of the inflammation linked to cancer in Catalina Island foxes. Today, even though a few rechecked foxes have ear tumors, the prevalence of tumors appears to be much less, with less noted inflammation. Cancer is less of a threat to the foxes.

A Genetic Role in Cancer

But researchers still want to know why only the Catalina Island foxes were affected by an outbreak of ear gland cancer, when other Island foxes with ear mites did not experience the same deleterious effects. The answer may lie in dumb genetic luck!

When a population of animals is greatly reduced to just a few breeding pairs, the robust genetic diversity of the species is lost. When distemper hit Catalina Island in 1999, the fox population plunged from about 1,300 foxes to less than 100 foxes. Researchers took two dozen of these animals out of the wild for captive breeding and repopulation efforts. Some of the breeding foxes had ear tumors, were treated and survived. These survivors were now used to help repopulate the species, possibly passing on genetic susceptibility to ear canal cancer.

Enter Dr. Sarah Hendricks, trained as a geneticist at University of California, Los Angeles, completing her doctoral training at the University of Idaho. She had spent summers working on the Channel Islands as an environmental educator and knew firsthand about the conservation efforts of the island foxes.

“The repopulation of the Catalina island foxes happened quickly, but with it came the expansion of the disease,” said Dr. Hendricks. “In my studies, I wanted to find out why this cancer was unique to only one subspecies of Island foxes. Since cancer is a complex disease, we didn’t expect to necessarily find one specific genetic mutation in these animals. Instead, we found several differences in regions across the fox genome between long-lived Catalina foxes with cancer and foxes without cancer.”

The differences that Dr. Hendricks’ team found were in regions believed to help regulate the coded information (operating instructions) of certain genes. Dr. Hendricks hopes that further study of these differences will help explain the hyperimmune response of the Catalina Island foxes to ear mite infestations compared to the other Island foxes.

Other research also is ongoing. Researchers at Princeton University and the Catalina Island Conservancy are looking into the role of other contributing factors, such as the bacterial microbiome of the ears, play in the fox tumors. This research will add significantly to the understanding of why tumors develop in the ears of Catalina foxes, and further enlarge the potential arsenal of treatments that could help prevent tumors.

Catalina Island now is back up to full fox capacity with about 2,000 foxes living on the island. The Catalina Island Conservancy maintains regular health checks health and monitors the disease prevalence in the Catalina foxes to keep the ear canal cancer in check.

“Morris Animal Foundation provided critical funding when we first recognized a serious health threat in the Catalina foxes,” said Dr. Winston Vickers, Morris Animal Foundation-funded researcher at the University of California, Davis, and one of primary investigators on the study. “The Foundation supported the majority of the original tumor sampling, pathology (the degree of cancer the foxes had), and risk analysis. This contributed to our broader understanding of ear canal cancer in Catalina foxes that led to treatment trials that helped save the foxes.” 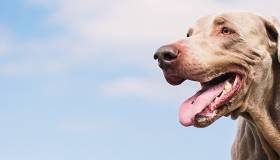 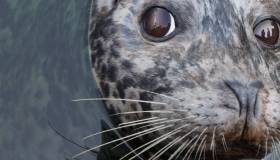 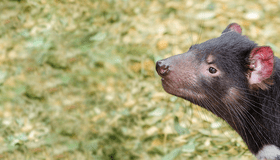