September 22, 2020 – As one of the world’s most critically endangered species, fewer than 4,500 black rhinoceros remain in the wild. An additional 90 black rhinos, representing two distinct subspecies, are managed in captivity in the United States for conservation purposes. Keeping this conservation population healthy is critical to genetic diversity and reproductive success if the species is to survive. But these populations are at risk from a myriad of health issues, including metabolic syndromes, immune disorders and iron overload.

Iron is a micronutrient and an important component of hemoglobin, the substance in the blood responsible for carrying oxygen throughout the body. Iron deficiency can lead to decreased numbers of red blood cells, or anemia.

Iron overload happens when above-normal amounts of iron are stored in the body. This has many negative consequences, including muscle problems, skin disease, neurological problems and liver disease. Though rarely seen in the wild, as many as 30% of captive rhinos develop iron overload, and scientists don’t know why. A new study funded by Morris Animal Foundation is hoping to shed some light.

Black rhinos are considered specialized browsers. In the wild, rather than indiscriminately grazing, they pick and choose certain plants and shrubs, including small branches and barks to eat. That makes it difficult to feed them in a managed conservation situation. The animal managers caring for them are usually limited to what is available in their area. One theory is that our inability to feed a diversity of browse materials leads to imbalances in iron metabolism.

Dr. Budhan Pukazhenthi, a Morris Animal Foundation-funded researcher and a research physiologist at the Smithsonian Institution, and his collaborators are testing this theory. They recently began a study to investigate the role diet and gut microbiota plays in both health and disease sensitivity in critically endangered southern black rhinos.

“I found there was a need to study these topics, but not much was being done,” said Dr. Pukazhenthi. “I was very keen to figure out any way that we could contribute to their quality of life and make zoo populations more viable in the long term.”

The team wants to generate a health profile of normal wild southern black rhinoceros to use as a baseline to study animals managed in conservation parks and zoos. They’ll do this by looking at several parameters from samples and data from 50 wild rhinos in South Africa.

First, veterinarians from the South African National Parks service, in the field, gave each rhino a general health check. This helped identify if the rhinos were healthy or had underlying disease issues. Second, blood samples will be analyzed to look at specific metabolic markers to better understand the health or disease state of each animal.

Finally, the team will examine the rhinos’ fecal samples to extract plant and gut microbial DNA for genomic analyses. Many plant species have been characterized at the genetic level and pieces of DNA identified could indicate the genus and species of plants animals are eating in the wild.

Dr. Pukazhenthi hopes to not only identify what plants the rhinos are eating, but determine, roughly, what proportion of each species are in their diets, based on the relative abundance of the plants’ DNA. Analyses will also reveal new information on gut microbial diversity and composition of wild rhinos.

“We will see what kind of pattern emerges,” said Dr. Pukazhenthi. “That will provide us a clear picture of wild southern black rhinos health, diet and gut microbial composition that will serve as a reference database for any future study.”

But what can be done when they find that pattern and discover what’s on a healthy wild rhino’s menu? Is a solution as simple as importing the plants overseas for captive rhinos to enjoy? Unfortunately, no.

First, Dr. Pukazhenthi warns it would be dangerous to introduce a possibly invasive species, which could cause a completely different set of problems. Second, because there are so many variables between wild and captive environments, it isn’t an apples-to-apples situation.

“Our idea would be to see what we can learn about the plants, and if there are specific functions or compounds that might be contributing to the health of the animals,” he said. “If so, could we find plants in the U.S. with similar compounds that could minimize what might be happening in captive diets?”

Tannins are one example. These are chemical compounds found in many plant-based foods and drinks. In tea, for example, they provide the brown color and bitter flavor. Dr. Pukazhenthi suspects they might also be involved in absorbing iron from a diet. He hopes to determine what percentage of a healthy wild rhino’s diet is composed of the compounds. Then he could help design a captive rhino’s diet by adding tannins or tannin-like compounds to help manage iron absorption.

He said another approach might be to add probiotics to rhino diets that could increase a certain subpopulation of microbes in their guts. Or if researchers could identify one or two key microbes with specialized roles, not an easy task, those could be made available as a dietary supplement.

“We are all striving hard to provide the best environment, diet and care to maintain the best welfare for these animals,” said Dr. Pukazhenthi. “If we can learn something from wild rhinos that can help their captive counterparts, that will help the species as a whole.”

This project will also help rhinos in another way. It provided a unique learning experience for a doctoral student on Dr. Pukazhenthi’s team. Opportunities like this to train future researchers are an important step to save rhinos for generations to come.

This is just one of many studies Morris Animal Foundation has funded to support the health of rhinos. Please help us continue to do so by making a gift today. Happy World Rhino Day! 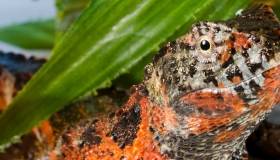 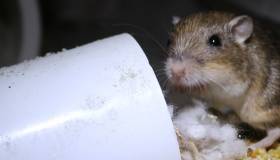 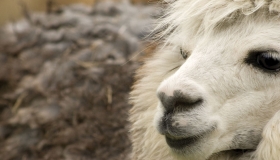