Your Gifts In Action Winter 2018

March 19, 2018 – For nearly 70 years, Morris Animal  Foundation has been a global leader in funding studies to advance animal health. With the help of generous  donors like you, we are improving  the health and well-being of dogs,  cats, horses and wildlife worldwide.

Promising Chemotherapy for Mammary Cancer
Mammary tumors are common cancers in non-spayed female dogs. Although surgery can be curative, for many dogs the cancer has spread by the time of surgery. Few targeted and e°ective chemotherapy options are available for these patients. University of Montreal researchers validated the use of a new drug that reduced cancer cell migration and growth in canine tumor cell culture, opening the door for a promising new treatment for dogs with mammary cancer. (Journal of Mammary Gland Biology and Neoplasia, August 2017)

Treating Inflammation in Horses
When the immune system goes into overdrive, it can damage tissue and trigger chronic inflammation in the body. North Carolina State University researchers identified a key regulator of the horse immune system as well as several e°ective drugs that target this regulator and may reduce inflammation. These drugs also address concerns about using conventional nonsteroidal anti-inflammatory drugs  (NSAIDS) in horses. (Veterinary Immunology and Immunopathology, October 2017)

New Hope for Amphibians Facing Deadly Fungus
Batrachochytrium dendrobatidis (Bd), is a fungus linked to worldwide declines and extinctions of several amphibian species. The good news is that some individual animals and even whole species seem to be resistant to Bd infection or carry the fungus but never develop the disease. Virginia Polytechnic Institute and State University researchers identified promising dominant bacteria on amphibian skin important in Bd-resistance, providing hope for finding new treatments to fight this global and deadly fungal disease in amphibians. (Environmental Microbiology, August 2017) 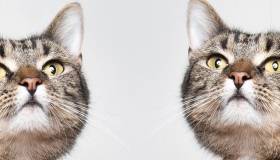