January 10, 2019 – Although the immune system isn’t faster than a speeding locomotive or able to leap tall buildings in a single bound, it does an amazing job keeping us safe from many invaders. Not only does the immune system fight infection, it also scavenges for all kinds of problematic changes in the cells that make up the body. All mammals, including our Golden Retriever Lifetime Study participants, have essentially the same immune system which can be separated into two arms: innate and adaptive.

Innate immunity is the body’s basic patrol system – reliable and on constant alert.

These cells are always on the look-out for potential threats which include disease-causing organisms, cells with early cancerous changes, and dead or dying cells. The innate immune system finds problems by knowing what normal self looks like and recognizing that these cells or organisms don’t fit the normal profile. The innate immune system is programmed to recognize self-antigens (proteins that are bound to the surface of a cell). Any antigens not on the approved list initiate a response.

When the innate immune system finds a problem, it responds by isolating the abnormal cells while simultaneously recruiting other immune cells to help eliminate the problem. The innate immune system also sends signals that trigger inflammation, another component of the kill-and-clean-up process. The downside is that innate immunity is non-specific and takes a scorched earth response to the threats it encounters. This approach usually is effective at neutralizing threats, but it comes at a cost - nearby tissues get damaged and we feel ill from the inflammation that was triggered.

Here is where the adaptive immune response comes into play.

The inflammation begun by the innate immune response also recruits white blood cells known as T-cells and B-cells, the big guns of the adaptive immune system. When B-cells encounter an antigen, it remembers that antigen by making and storing antigen-specific antibodies. Not only do the antibodies help the immune system neutralize and destroy a cell with that antigen on its surface, the B-cells are ready to attack again if the same antigen is noted in the future.

When an antigen is encountered, antibody binds with the antigen (called opsonization) and this event signals other white blood cells to come and kill the opsonized cells. Some T-cells also can recognize specific antigens and can kill cells independent of antibody. Still other T-cells provide help to improve the efficiency of B- and T-cell responses. The adaptive immune system needs to be stimulated to react, but once it kicks into gear, it is a precise and efficient system for removing abnormal cells and invading organisms.

In the Golden Retriever Lifetime Study, the role of the immune system in the development of cancer is of great interest. In addition, allergies are very common in our dogs making this a useful cohort to study the immune changes associated with the development of allergic disease. Finally, researchers are really interested in innovative ways to stimulate the immune system to fight off multi-antibiotic resistant bacterial infections. Our participants will provide unique insights into the immune system that have never been available to researchers, and will have long lasting impact on immune function research for decades to come. 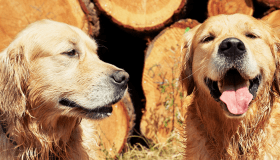 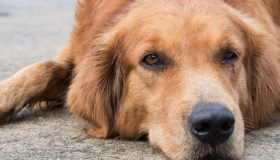 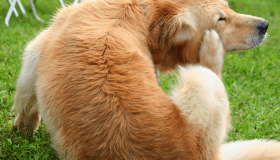