Now, 10 years into the Study and nearing the Study’s defined endpoint, data gathered from Study dogs shows a clear prevalence of hemangiosarcoma as the leading cause of cancer death. Of all dog deaths to date, 75% are cancer-related; of those cancer deaths, almost 70% are hemangiosarcoma.

These findings have led the Foundation to announce a major Hemangiosarcoma Initiative to dedicate funding, people and resources to advance the prevention, detection and treatment of, and potentially cures for, this devastating cancer. The new initiative is a multiyear, multimillion-dollar endeavor to dramatically change the story of hemangiosarcoma from one with an ending of almost certain death to one with a new beginning. The Request for Proposals (RFP) will open January 12, 2023.

The Foundation will be supporting studies through the Hemangiosarcoma Initiative that have high potential for translation to clinical practice, in the areas of:

Access to samples and data from the Golden Retriever Lifetime Study is available to researchers and research groups applying to this initiative, although other samples and datasets may also be used. The Hemangiosarcoma Initiative Request for Proposals is open January 12 through April 5, 2023.

Hemangiosarcoma is one of the deadliest forms of canine cancer. Hemangiosarcomas frequently are located in areas of abundant blood supply such as the heart and spleen. This predilection for growth in blood-rich areas is the reason these tumors are so deadly. Hemangiosarcomas can suddenly rupture, causing massive blood loss, and forcing owners and veterinarians to make difficult decisions within minutes of diagnosis.

Unfortunately, no clinical signs (symptoms) are classic for hemangiosarcoma other than sudden, profound, internal bleeding. Other clinical signs sometimes reported by owners include:

Even when a tumor is quickly detected and removed, the outlook for dogs with hemangiosarcoma is grim. Statistics show that:

Survival times have remained static for nearly 30 years, and veterinary oncologists feel a change in approach is needed to unravel the current knowledge gaps in hemangiosarcoma biology in order to improve our current ability to diagnose and treat this disease.

Many current and past studies have been devoted to learning more about this terrible cancer. New findings reported in the last two years include:

Summary of Morris Animal Foundation’s Investment in Hemangiosarcoma Research
The Foundation has invested nearly $7.5M (not including the Golden Retriever Lifetime Study) in 79 studies either directly focused on hemangiosarcoma or studies that included hemangiosarcoma in the study population (including some early work looking at cancer as a whole in dogs).

An important addition to this body of work will be the results obtained from the Golden Retriever Lifetime Study. Hemangiosarcoma is an important cancer of golden retrievers and one of several cancers of special interest to the Study.

In addition to samples collected at the time of diagnosis or death, banked samples on affected dogs dating back years may point to risk factors associated with this cancer. This rich data repository provides a unique opportunity for collaboration and research.

The Golden Oldies project will provide additional, critically needed data on the underlying genetics of hemangiosarcoma with genomic sequencing of golden retrievers over the age of 12 who have not developed cancer.

Topics of Research Interest – Expert Opinion
Hemangiosarcoma is a popular study topic for many veterinary oncologists and pathologists and well as other scientists.

A series of interviews with subject matter experts was conducted to understand the big questions that remain around hemangiosarcoma, as well as get a feel for the type of research in progress on the disease. Several major themes emerged from the interviews, including:

Other comments from the interviewees include:

Industry Overview
Several respondents pointed to other organizations and private companies engaged in work specifically on hemangiosarcoma. Some of the details of this work are not publicly available but those mentioned by the interview subjects include: 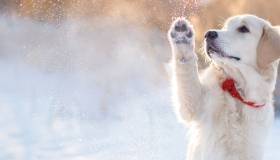 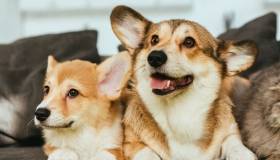 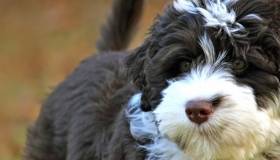