Are You Ready to go Batty for Bats?

October 15, 2019 – It’s nice to see bat decorations go up every October to celebrate National Bat Appreciation Month! OK, OK, they’re up for Halloween, along with other spooky symbols like spider webs, skeletons and horror movie vignettes. But are bats really that scary?

To understand bats is to understand the critically important role bats play in their ecosystems, as well as the role they play in the spread of disease.

First, let’s dispel some myths about our winged friends.

What you might not know about bats is, in addition to controlling insect populations, they pollinate more than 300 hundred plant species around the world, including some of our major food crops. Do you enjoy avocado toast, mangos or bananas for breakfast? How about chocolate bars on Halloween? If so, you probably have some bat(s), somewhere, to thank.

Bats do play a role in disease spread, but they also are incredibly important in their ecosystems and in helping people through crop pollination.

A Threat to Global Bat Populations

Unfortunately, many bats are under threat from an emerging disease called white-nose syndrome (WNS), which disrupts their hibernation cycles and can cause starvation or dehydration. Since 2006, more than six million bats across the eastern United States and Canada have died from this fungal disease.

Morris Animal Foundation is dedicated to combatting WNS and has funded a handful of studies to address the threat. The first included a survey of bat swarming sites and hibernation locations to predict migration routes and other at-risk bat populations.

Another looked at methods to improve the growth and maintenance of fungal cultures in the laboratory, allowing researchers to study the disease process and test potential treatments.

A study that is just finishing up is helping investigators understand why some bats survive WNS. Researchers are evaluating whether environmental factors, such as temperature and humidity in caves and/or non-environmental factors, such as individual genetics, influence survival and mortality in bats infected with the disease. This may help develop new management plans for at-risk bat populations to help prevent mass die-offs.

Bats are incredibly important to a healthy planet, so we hope you’ll celebrate Bat Appreciation Month with us (and don’t forget to put up your bat decorations!). 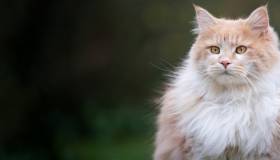 Episode 13: Everything You Want to Know About Global Amphibian Declines